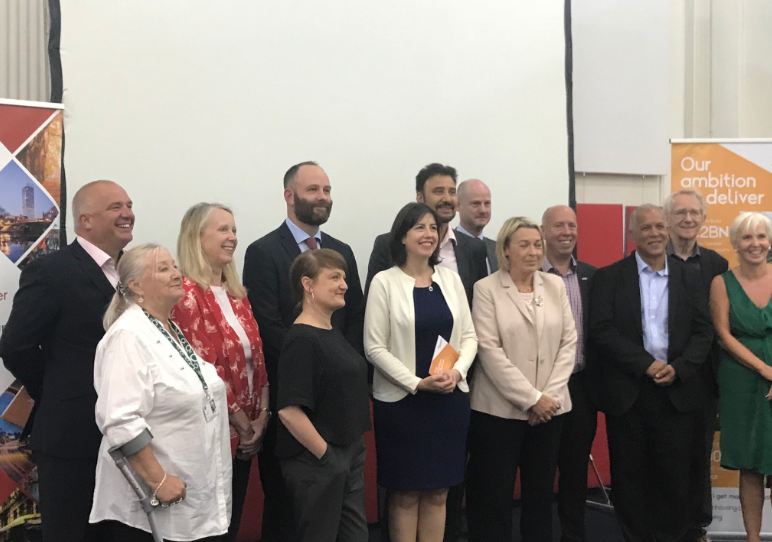 The Greater Manchester APPG met on 20th July in collaboration with Greater Manchester Housing Providers, to launch the GMHP’s ‘Ambition to Deliver’ report. Lucy Powell, MP for Manchester Central and Chair of the APPG, opened the meeting by explaining that this was a ‘listening event.’ With around 60 attendees from across the housing sector, there was no shortage of experts to hear from.

Several issues were raised at the Housing Summit, which featured a short presentation by Paul Dennett, Mayor of Salford, and a roundtable with a variety of industry experts. The Mayor said it was great to finally see housing become a political priority, as it is more important now than ever.

One of housing’s key challenges is the consistent under-delivery of affordable homes, even according to the government’s flawed definition of ‘affordability.’ There is a growing private rent sector in Greater Manchester, with home ownership plateauing in recent years. The government’s housing white paper encouraged planning the right homes in the right places, diversifying the market (including using SMEs) and increased housing delivery (even from social landlords). Matt Whiteley, of HIMOR, spoke about the lack of diversity of housing types (e.g. most inner city homes are small apartments). Most people do not aspire to live in places like this – families’ needs must be met. The lack of suitable homes has caused a social housing crisis and a rapid increase in homelessness. According to Dennett, 85,000 households are on the waiting list for social housing in Greater Manchester. Reasonable and non-reasonable preferences are not uniform throughout the city-region; 30,000 households have reasonable preferences, yet are still waiting. Regional MPs, like Lucy Powell and Afzal Khan, said ‘right-sizing’ is a common problem in casework and Manchester lacks one-bedroom social homes. Helen McHale, representing Greater Manchester Housing Providers, said that housing providers can help with these problems, but there must be a conversation about how to maintain quality whilst making properties affordable. Whilst Andy Burnham is attempting to encourage less high rise building in the city and more outside of the business district, ‘soft power’ (influence, pressure and cooperation) is key.

The conversation soon became about more than housing. ‘Place-making’ – creating homes that are enjoyable and stand the test of time – was seen by some, such as Paul Dennett, as an essential part of the housing question. In Stockport, they have explored the idea of using empty shopfronts in town centres as homes for this purpose. Another common concern was construction skills. Lord Andrew Stunell said that 80% of trainees never make it to the field, mostly due to a lack of jobs or their unsuitablity for the trade. Lucy Powell found this ‘concerning,’ and suggested part of the region’s apprenticeship budget be used to solve this skills and construction issue.

Back to Our Work