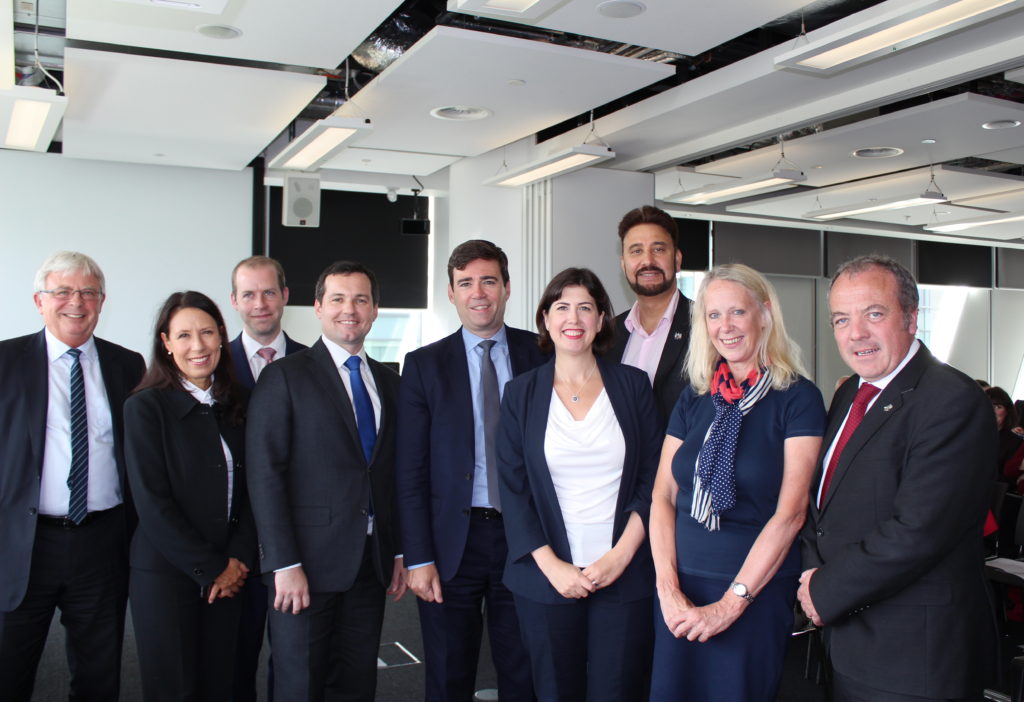 They will discuss the challenges facing the region and in particular how they can work together to make the case for greater investment in Northern transport. This follows concern at the Department for Transport’s announcement in July that plans to electrify key Northern rail routes would not go ahead in their entirety and confusion over what the alternative – bimodal trains – means.

The meeting, which will also be attended by leaders from business and civic institutions, will also see Brexit feature high on the agenda. There is a wide recognition that, without a strong voice for the North in negotiations, there is a risk that that a new deal with the EU will not work for businesses and residents in the North.

Lucy Powell, Labour MP for Manchester Central and Chair of the Greater Manchester APPG, said “Working together, the Mayor and Greater Manchester MPs from all parties can collectively punch above our weight on issues affecting communities across Greater Manchester. Fair transport investment for the North and a proper say in how Brexit impacts our conurbation are just two examples of the joint working we will discuss today.”

Andy Burnham said “We were promised a Northern Powerhouse but people are starting to wonder whether it will ever happen. It can only be made real by substantial investment in our transport and rail infrastructure. There is a real ambition for change in the North and we are determined to work together to ensure that investment in infrastructure for the North is prioritised. The public here have waited long enough and the Government’s commitment to the Northern Powerhouse now needs to be backed up with investment.”

Chris Green, Conservative MP for Bolton West and Vice Chair of the Greater Manchester APPG said, ““The vision for the Northern Powerhouse and devolution is for the towns and cities across the North of England to work more cohesively, to breakdown barriers and to have champions of national and even international importance. We need to identify and breakdown vested interests that seek to hold back our potential and to work collaboratively with central government to close the North South divide. The work of the Greater Manchester APPG will be vital in ensuring that our voices are heard in national and local government.”

Professor Helen Marshall, University of Salford Vice-Chancellor said “We are delighted to be hosting the APPG and Andy Burnham at this important time for Greater Manchester as we collectively rise to face the challenges of delivering economic growth and opportunity for all. The University takes very seriously its role as an anchor institution and at the heart of our new Industry Collaboration Zone strategy is working with partners to deliver the future workforce the region will need.”

Back to Our Work